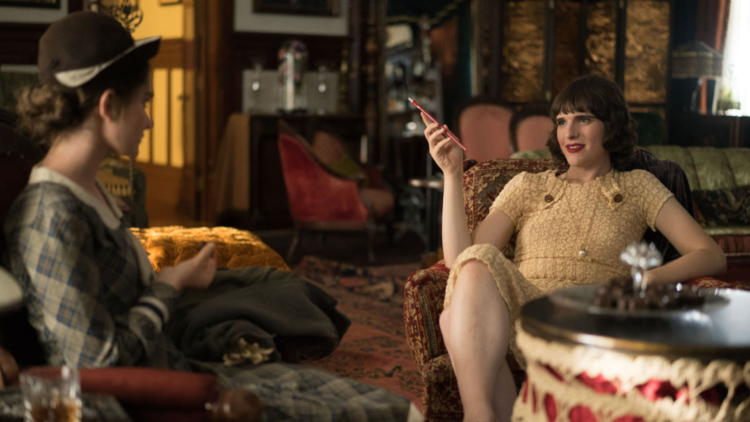 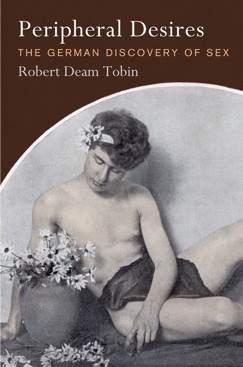 Today we have a guest post from Robert Deam Tobin, who teaches comparative literature at Clark University. His research in Peripheral Desires: The German Discovery of Sex has given him a distinct perspective on the critically acclaimed series Transparent, which features flashbacks to the sexual subcultures of Weimar Berlin.

Transparent, the Amazon television series directed by Jill Soloway, centers on Maura (played by Jeffrey Tambor), who was the patriarch of the appealingly dysfunctional Pfefferman family before transitioning from Mort to Maura. If anything, the second season is even better than the first, in part because its broad sweep includes a significant subplot going back to the 1930s Berlin, when Maura's mother and grandmother had to flee the Nazis.

Maura's youngest daughter, Ali (played by Gaby Hoffmann), channels these flashbacks as she struggles to come to terms with "this giant chasm of some kind of grief." Ali's research into the history of Berlin's sexual subcultures and her intuititions regarding the sexual possibilities to be found there are part of her preparation for applying to graduate school in creative writing and—more importantly—may lead to the healing of the trauma that stifles her family.

While researching for her application essay with her friend and lover Syd (Carrie Brownstein), Ali stumbles upon the concept of "epigenetics," the idea that trauma can cause lasting change to DNA itself, leading to effects generations after the original damage was done. 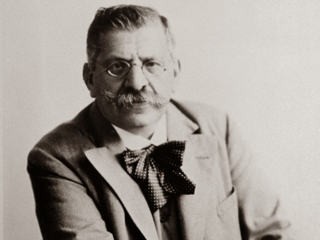 Whatever one thinks of the Lamarckian presuppositions to epigenetics, the idea that historical trauma can shape the development of cultures and individuals makes sense. In the Jewish context, the Holocaust certainly still affects the descendants of those whom the Nazis actually persecuted.

While Maura's mother and grandmother left Germany because they were Jewish, the brilliant innovation of Transparent is to point to another trauma—the loss of that sexual freedom that started to blossom in Weimar Germany, before the Nazis took over.

Maura's mother, Rose (Shannon Welles), now aging, is a young woman in Berlin 1933. Rose's mother Yetta (Michaela Watkins), traditional and pragmatic, is focused on escaping Germany. Her sibling has transitioned from Gershon to Gittel and is enjoying all that the decadent Weimar Republic has to offer. Gittel (Hari Neff) introduces the young Rose (Emily Robinson, who also plays the young Ali in other episodes) to the world of Magnus Hirschfeld's Institute for Sexual Science. Season 2 culminates in the horrifically moving scene in which Nazis raid the Institute and drag Gittel away. While Yetta and Rose manage to survive, Gittel is lost—the trauma that still deforms the Pfefferman family. 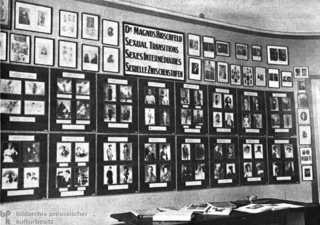 Beautifully, the series interweaves the two narratives. At the women's music festival in the woods, Ali envisions the assault on the Institute and the arrest of Gittel and for the first time enters into her own history, reaching out to hold the young Rose's hand as she watches the Nazis drag Gittel away. In the end, the aging Rose returns the gesture, reaching out to clasp the big pearl ring hanging from Ali's neck—the same ring that Gittel had given the young Rose in Berlin.

Ali's research has uncovered the remarkable history of the early German sexual rights movement, which in many ways culminates with Magnus Hirschfeld. Already in 1897, Hirschfeld founded the Scientific Humanitarian Committee, which lobbied for the rights of gay men, lesbians, and trans people. His Jahrbuch für sexuelle Zwischenstufen (The Yearbook for Sexual Intermediary Types), the first scholarly journal devoted especially to homosexuality, began publication in 1899. In addition to homosexuality, Hirschfeld published on transvestism and transsexuality as well. In 1919, he was able to convince the new Weimar Republic to help fund the Institute for Sexual Science, where he conducted basic research on sexuality, provided services including family planning, testing and treatment for sexually transmitted diseases, counselling, informational lectures, and even residences for gays, lesbians, and trans people. A committed Social Democrat, he offered many services to the poor for reduced fees or even free. 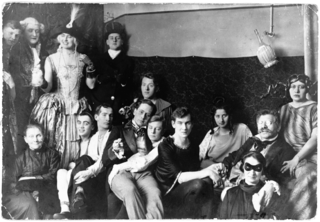 A party at the Hirschfeld Institute

Admittedly, Ali's visions of the past get a lot wrong. In November of 1930, Magnus Hirschfeld had accepted an invitation for a lengthy worldwide lecture tour, starting in the United States (where he was called "the Einstein of Sex") and passing through Japan, China, Indonesia, India, Palestine, and Egypt. When he returned to Europe in 1932, it was already clear that the situation in Germany was not safe and he never returned to his homeland or his Institute. He died in France on his sixty-fifth birthday, having seen newsreels of the burning of the books from his library. Had he been in Berlin in 1933, it's entirely unlikely that he would have discouraged anyone from emigrating, as he seems to do in the series.

Tranparent gets the heart of the matter right, however. When it links the Jews and sexual minorities as victims of fascist aggression, it points to the deep interrelationship of Jewish and homosexual emancipation in German and Western history. Perhaps the show's most important innovation is the shift from a focus on the history of homosexuality to the history of the trans movement, and in particular to the turn to womanhood embodied in Gittel (and later in Maura). Ali intuits a link between Jewishness and that embrace of femininity as well: "there is something connected with the women thing and the Jew thing … it's like phallus is to crucifix as vagina is to Holocaust." The show argues that it is not just queer Weimar that should interest us today, but the era's openness to becoming a woman.

Transparent provides an invaluable service in reminding its viewers that the Nazis ended an important era of exploration and inquiry into gender. The loss of that era's sexual freedom still traumatizes American families like the Pfeffermans to this day. And perhaps Ali's research into the history of sexuality can help heal that trauma.

To conduct your own research on Magnus Hirschfeld, the relationship of Jewish and homosexual identities, and the history of sexuality in Germany before the Nazis, see Robert Tobin's Peripheral Desires: The German Discovery of Sex.