Today we have a guest post from Anna Marley, author of The Artist's Garden: American Impressionism and the Garden Movement, sharing the story behind the catalog and its accompanying exhibition, which opens today! In this post, she shares some images from the book and show. Click any image to see a larger version in a new window.

In the summer of 2013, I was privileged to receive a Research Fellowship from the Winterthur Museum, Garden, and Library to work on the research and writing that resulted in the catalog The Artist’s Garden: American Impressionism and the Garden Movement, and the exhibition that accompanies it. I spent a month at Winterthur immersing myself in the contemporary garden literature of the period. This literature informed both my scholarship and the objects we have included in the exhibition. In this blog post I want to highlight some of the beautiful books and magazines that are bound up in The Artist’s Garden. 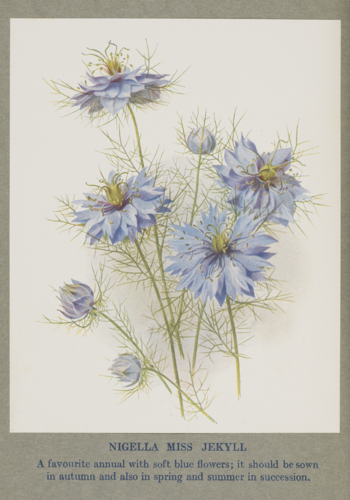 Gertrude Jekyll (1843–1932), Annuals and Biennials: The Best Annual and Biennial Plants and Their Uses in the Garden (New York: Charles Scribner’s Sons, 1916). Courtesy of The Winterthur Library: Printed Book and Periodical Collection (Plate 87). 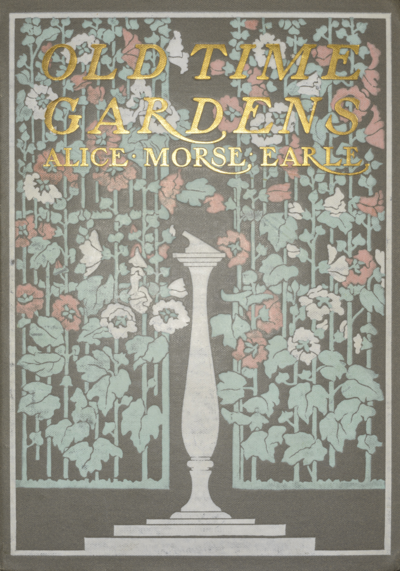 Instruction in the “art” of gardening—how to select and arrange plants to achieve coloristic and atmospheric effects—came to America almost entirely from England. Gertrude Jekyll was the grande dame of early twentieth-century garden design and writing. Her landscaping in England and the United States was among the first to demonstrate sensitivity to color, texture, and the lived experience of the garden in its design. In her books and magazine articles on the subject, she advised gardeners to arrange plants in informal, naturalistic drifts of harmonious color, inspired by impressionist painting, and modern scientific theories of color epitomized in Frenchman Eugene Chevreul’s color wheel. Her blending of practical advice for the amateur gardener with a cultural nostalgia for simpler times influenced the work of American garden authors such as Beatrix Farrand, Hildegarde Hawthorne, Neltje Blanchan, and Alice Morse Earle. 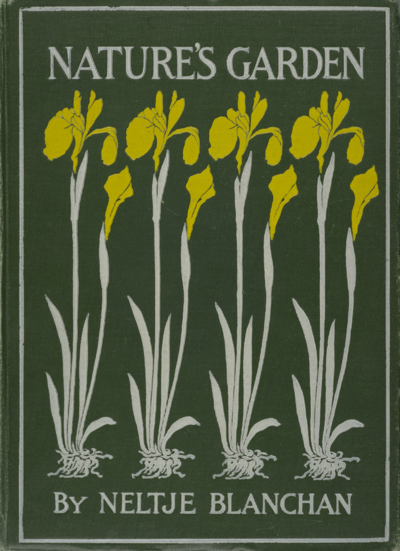 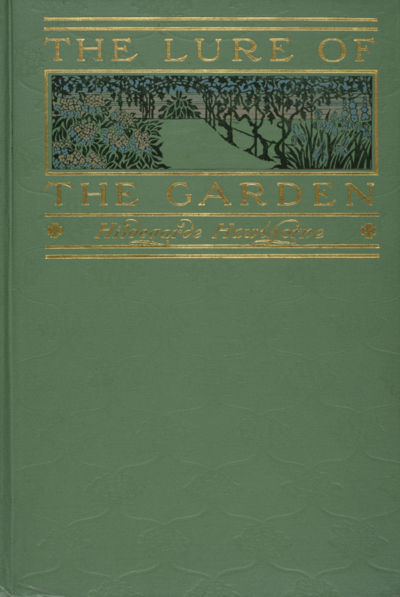 Hildegarde Hawthorne (1871–1952), The Lure of the Garden Illustrated in full color by Maxfield Parrish (New York: The Century Co., 1911). Courtesy of The Winterthur Library: Printed Book and Periodical Collection (Plate 86).

Important shifts in middle class life at the turn of the century became the catalyst for a burgeoning publishing industry of garden literature. As more and more people of moderate means filled their leisure hours by becoming amateur gardeners, their desire for gardening manuals and representations of suburban home gardens increased. Titles such as Wright’s The Garden of a Commuter’s Wife defined and informed this audience. The “commuter” is that successful businessman who has moved his family from the city, where he works, to the suburbs. In these middle class communities, housewives had the time and space to cultivate personal gardens. 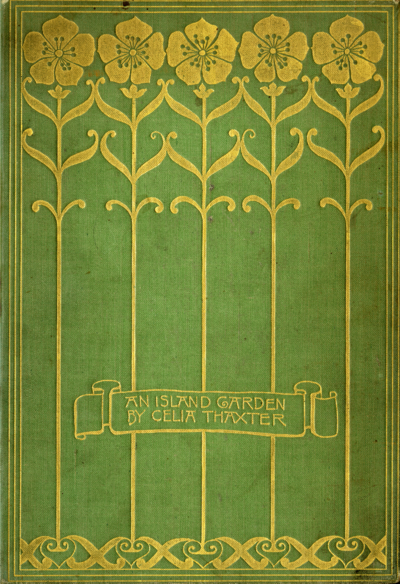 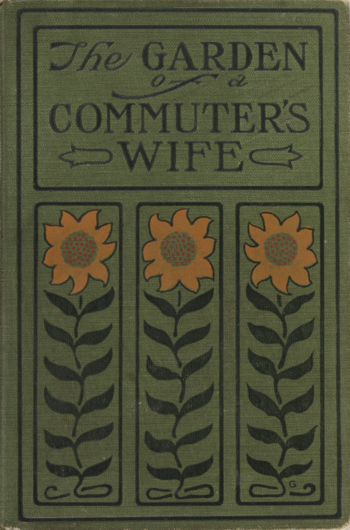 At the same time, the presence of actual women—as artists, writers, hardworking laborers or celebrity gardeners—in garden painting and literature of the period marks a convergence of art and gardening with Progressive era politics. American artistic interest in representing the garden flourished in the late nineteenth century alongside the burgeoning middle-class garden movement. This movement was led by women garden writers and landscape architects who presented themselves as cultural personalities who blended art, poetry, and gardening in their careers. Women like Celia Leighton Thaxter, Beatrix Farrand, Anna Lea Merritt, and Gertrude Jekyll were at the vanguard of professionalizing women’s work. They used their public platform to engage social issues like environmental conservation or immigration through the metaphor and example of the garden. Professional artists such as Cecilia Beaux, Maria Oakey Dewing, Lilian Westcott Hale, Violet Oakley, and Jane Peterson were their trailblazing painterly equivalents, coupling their interest in modern art with a love of the garden. 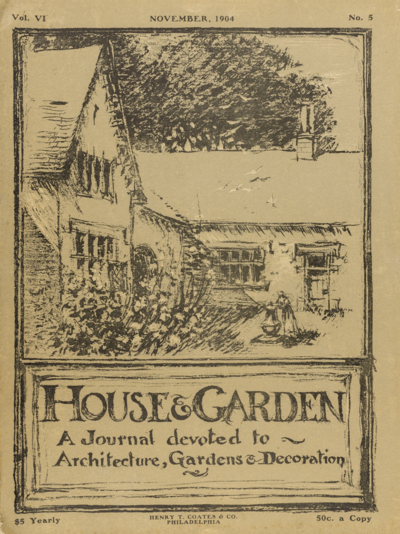 House and Garden 6, no. 5, November 1904. Courtesy of The Winterthur Library: Joseph Downs Collection of Manuscripts and Printed Ephemera (Plate 79) 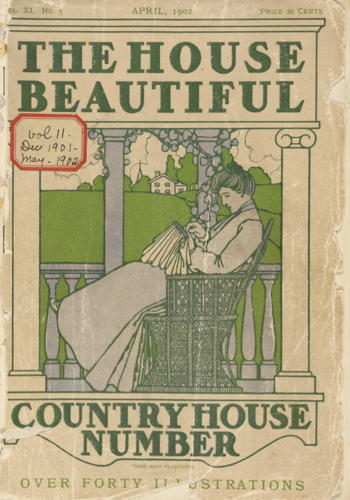 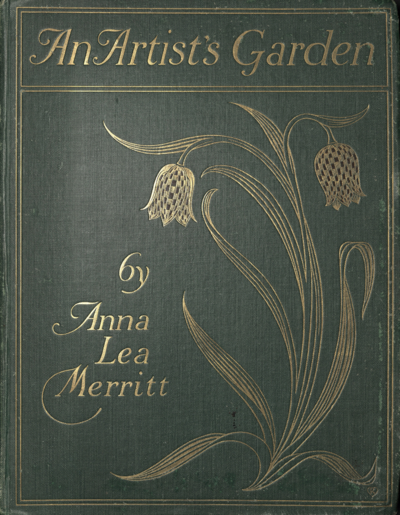 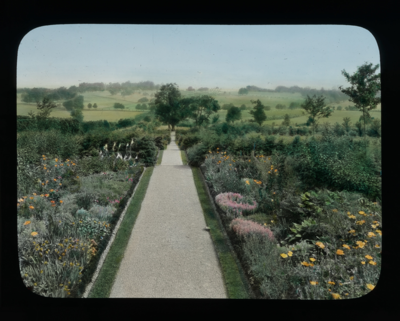