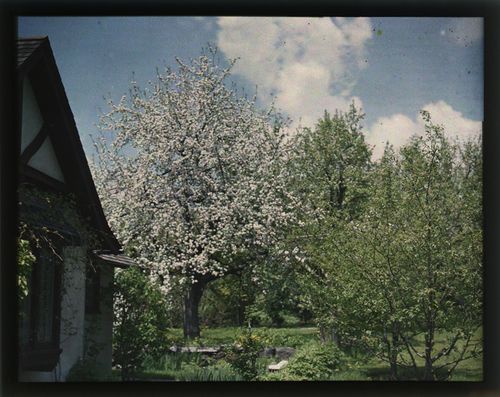 Today we have a guest post from Barbara Katus, Manager of Imaging Services at the Pennsylvania Academy of the Fine Arts. She shares the story of rediscovering more than 100 early photographs, known as Autochromes, which came to be a part of the upcoming PAFA exhibition, The Artist’s Garden: American Impressionism and the Garden Movement. Some of those images are reproduced in the volume accompanying the exhibition, The Artist's Garden, more can be seen below, and many more will be on display when the exhibition opens on February 13. Click any image in this post to open a larger version in a new window.

In my role as photographer of the Academy’s art collection, I have access to works of art in a way that few people enjoy. After photographing some lovely drawings by Thomas Shields Clarke, I became interested in finding out more about him—it was evident from his drawings and sketchbooks that he was well-traveled and had an interest in gardening. In the Academy’s Archives, I came upon a collection of letters, clippings and printed matter, and a box of over 100 Autochromes, primarily made on the grounds of his home, Fernbrook, in Lenox, Massachusetts.

Upon careful examination of the contents of the box, it became clear that this was a treasure trove of early 20th century color images that had been quietly, patiently awaiting rediscovery. It just so happened that the subject matter was perfectly suited to the exhibition Anna Marley was in the midst of organizing, The Artist’s Garden: American Impressionism and the Garden Movement.

What is an Autochrome?

The Autochrome was the first color photography process, invented and marketed by the Lumière Brothers in 1907. In vastly simplified terms, the process involved coating a sheet of glass with microscopic grains of potato starch which have been dyed red, green, and blue-violet. Lampblack was then added to fill the spaces between the starch grains. Next, a roller submitted the glass plate to a tremendous amount of pressure in order to flatten and spread the grains of starch. Finally, the plate was coated with a photographic emulsion.

Relative to their complex production process, the plates were rather simple to use and became very popular among amateur photographers, such as Thomas Shields Clarke. When the plate was inserted into a camera and exposed to light, each tiny transparent starch grain acted as a color filter. Following exposure, the plate was developed to produce a positive transparency and was viewed in a device called a diascope, which directed light via a mirror to illuminate the glass plate from behind. The Autochrome process resulted in a luminous, dreamlike image, not unlike an impressionist painting and is, arguably, one of the most beautiful photography processes ever invented.

I’m certain Thomas Shields Clarke would be delighted that the beautiful images of his beloved Fernbrook are now being shared in connection with this important exhibition.

(Clicking an image below will open a larger version a in new window.) 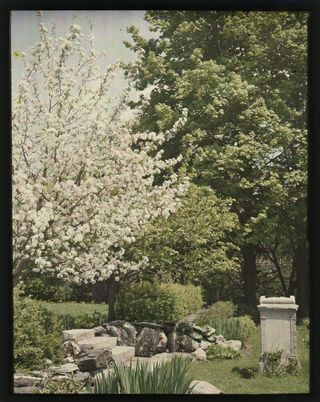 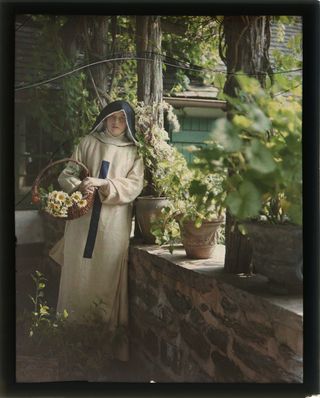 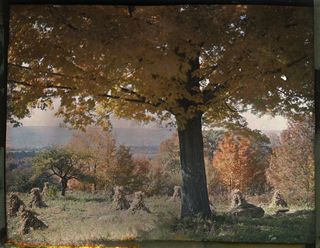 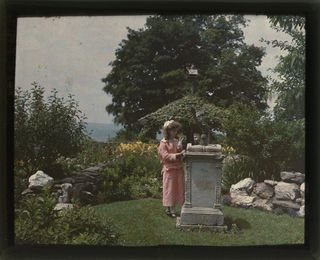 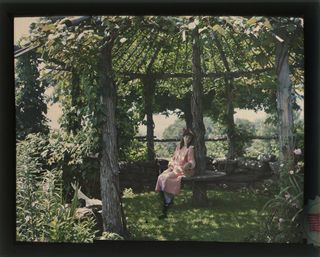