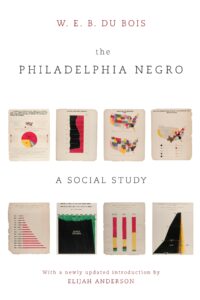 The Philadelphia Negro: A Social Study by W.E.B. DuBois was originally published by the University of Pennsylvania Press in 1899 and was one of the first works to combine the use of urban ethnography, social history, and descriptive statistics. Nearly 125 years later, Penn Press will re-release W.E.B. DuBois’s study which gives us an insightful and intimate look at African Americans in Philadelphia at the turn of the 20th century. Join Penn Professor Tukufu Zuberi, in conversation with Penn Press Editor-in-Chief Walter Biggins, as he discusses this important work and why we should give it another look.

Three copies of the book will be raffled at the end of the talk.