Recently, our author Alexander Jackson O'Shaughnessy was featured in two videos, discussing his book, An Empire Divided: The American Revolution and the British Caribbean, from 2000.

The first was an appearance on CSPAN3's American History TV: 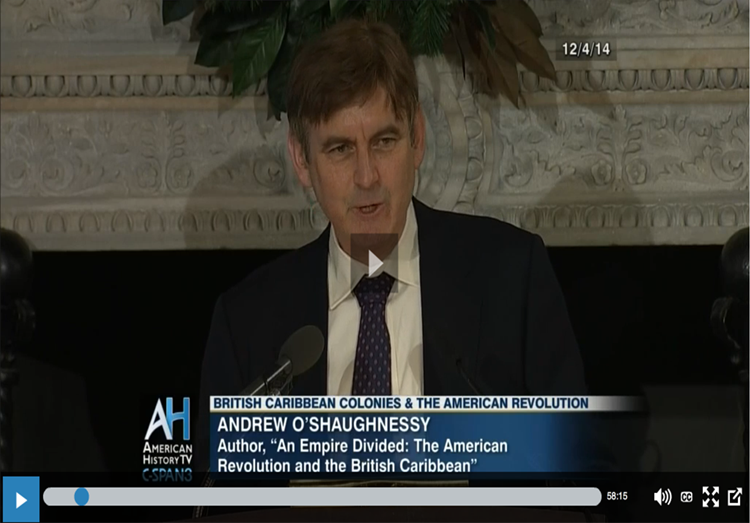 And the second was a video produced for The Society of the Cincinnati: