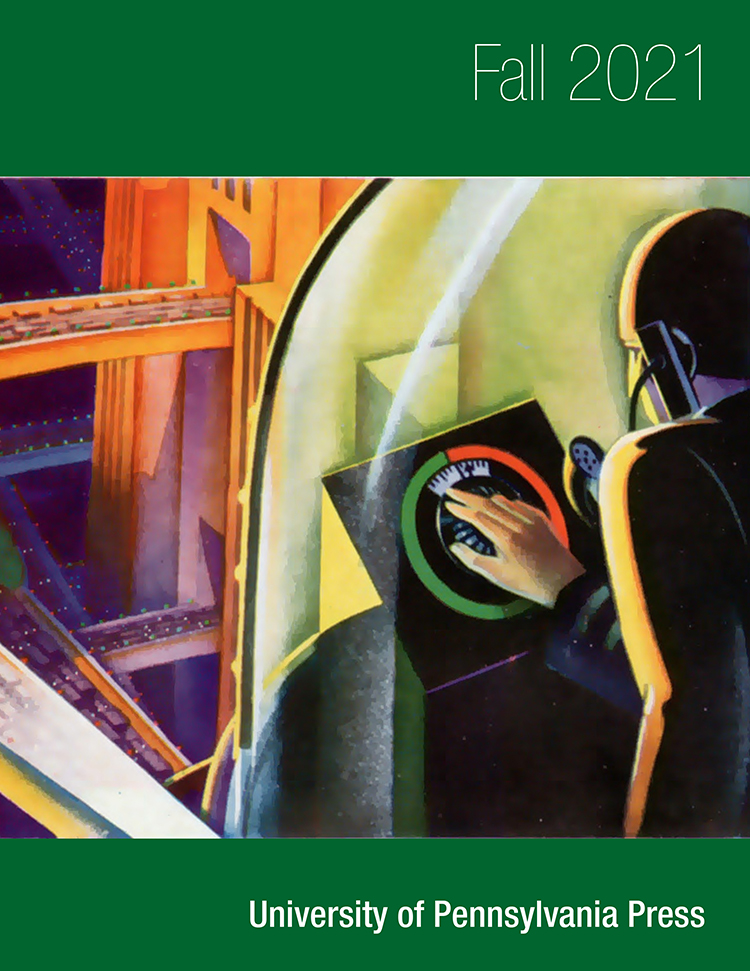 • Extinction and the Human by Timothy Sweet, which ponders the realities of animal extinction and endangerment and the often divergent Native American and Euro-American narratives that surround them.

• Body Language by David Bindman, Jonathan Bober, Eileen Neff, Sid Sachs, and Ruth Fine, a fully illustrated catalog for an exhibition on the works of Larry Day (1921-1998), a distinguished painter and a dominant force in American art from the 1950s through the 1990s.

• A Right to Lie? by Catherine J. Ross, which addresses the urgent issue of whether the nation’s highest officers, including the president, have a right to lie under the Speech Clause, no matter what damage their falsehoods cause.

• Far-Right Vanguard by John S. Huntington, which chronicles the history of the ultraconservative movement, its national network, its influence on Republican Party politics, and its centrality to America’s rightward turn during the second half of the twentieth century.

Penn Press is also thrilled to announce that we are now distributing books from Wharton School Press! Upcoming Wharton titles include:

• The Future of the Office by Peter Cappelli, which examines the challenges we face navigating the role of remote work going forward, laying out the facts in an effort to provide both employees and employers with a vision of their futures.

• The Strategic Leader’s Roadmap, Revised and Updated Edition by Harbir Singh and Michael Useem, which offers a six-point checklist for today’s leaders to follow and explains how leading strategically will help managers strengthen their capacity to develop strategy and to lead its execution.

• The Leader’s Checklist, 10th Anniversary Edition by Michael Useem, an illuminating guide that seeks to help leaders develop the ability to make good and timely decisions in unpredictable and stressful environments.

And of course, don’t forget to check out our journals!